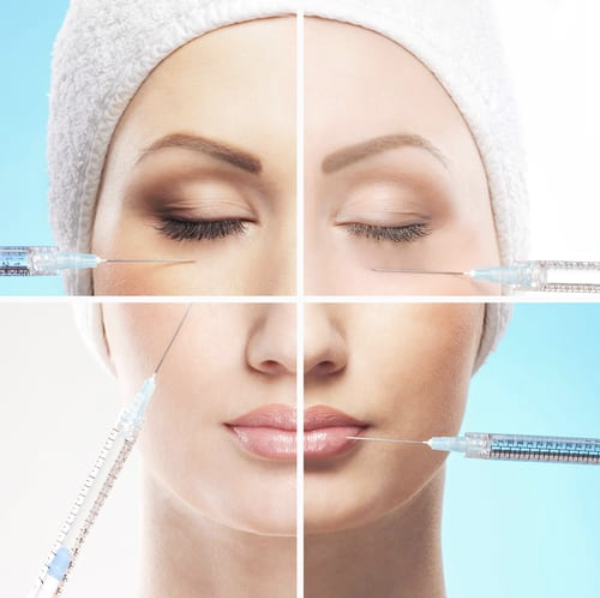 There are many ways to restore a more youthful look to the face through various cosmetic treatments. Some of the most popular methods include the use of injectables, such as BOTOX® Cosmetic, Dysport®, and Xeomin®. On the surface, it may look like all three types of injectables are pretty much the same. However, if we delve further into each one, we’ll find that while there are some similarities, there are also unique differences.

BOTOX® (onabotulinumtoxinA) is one of the most recognizable words in cosmetics with over six million injections performed in 2012. FDA approved, it has been around for over three decades and works by effectively reducing fine lines and wrinkles on the face by temporarily preventing the contraction of facial muscles. Among its other uses, BOTOX® can also reduce sweat in the underarms, hands, and feet.  The total effect of a BOTOX injection will be seen between 4-7 days and can last up to four months.

Developed in the 1990s, Dysport® (abobotulinumtoxinA) has been treating fine lines and wrinkles in Europe for many years. It was only after it was approved by the FDA in 2009 that it became popular in the United States. Dysport® differs from BOTOX® in that it can disperse more after it is injected. Dysport requires fewer injections to be made at the time of treatment, but also means the physician must make sure that Dysport® does not affect other muscles in the face.  Dysport typically takes effect in 2-4 days and can last as long as 3-4 months.

Like BOTOX® and Dysport®, XEOMIN® (incobotulinumtoxinA) works effectively in treating wrinkles on the forehead, between the eyes and crows feet, lines around the eyes. FDA-approved since 2010, XEOMIN® does not contain an accompanying protein like BOTOX®, which may decrease the risk of the body developing a resistance towards it. Xeomin will take effect very much like BOTOX, i.e. 4-7 days, and typically can last from 3-4 months.

All three injectables have shown to be effective in reducing imperfections on the face, as well as restoring smoother skin and a rejuvenated appearance.

It is important for anyone contemplating an injectable to note that it is important that they choose a qualified physician who has considerable injection expertise for optimal results and to minimize any potential risk.

For all of your facial improvement needs, we welcome you to contact our Birmingham, Alabama practice. Our physicians are trained in the proper uses of all injectables.  To schedule an appointment for any of these injectables with our board-certified surgeon, Dr. Daniel E. Rousso, or our fellow, Dr. Kim Sang please call (205) 930-9595 or fill out our online contact form today. We hope to see you soon!